Visit Near to Mussoorie 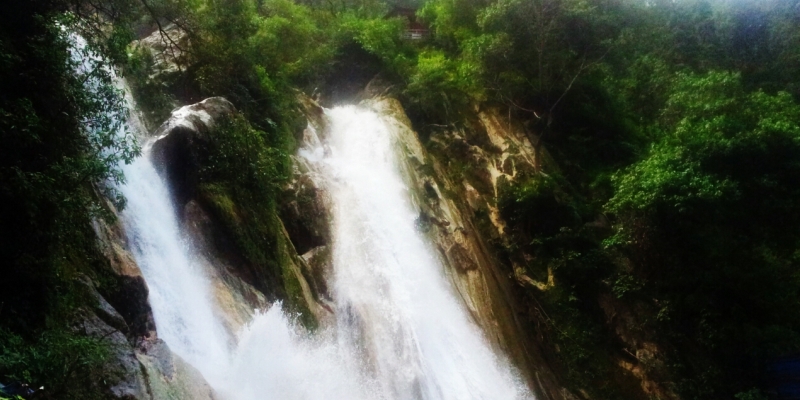 Kempty Falls were developed as a tourist destination by a British officer John Mekinan, around 1835. The name Kempty is probably derived from the word 'camp-tea', A stream of water running throughout the year starting from the southwest of village Bungalow ko kandi moves northwest and falls from 4,500 ft. Splitting into five other cascades, the water falls a further 40 ft. The Kempty falls is the biggest and the prettiest of all waterfalls, surrounded by high mountain peaks and lush green trees. It is located 15kms from Mussoorie on the Yamunotri road. Indulge in a refreshing bath under the natural waterfalls and experience the beauty of nature. Cars, buses and taxis are the available modes of transport to reach this destination.

Bhadraj Temple is located on the extreme western region of Mussoorie, offering a splendid view of the Doon Valley, the Chakrata ranges and the Jaunsar Bawar area of Garhwal Himalayas. Situated at a distance of 15kms from Mussoorie, it is an ideal place for trekking. The temple is dedicated to Lord Balbhadra, brother of Lord Krishna, and is situated atop a hill. The Bhadraj temple organizes a fair in the third week of August (Shravan Sankranti) every year. Undoubtedly it is an important event for the devoted locals and they look forward to it; this occasion attracts a lot of visitors as well. 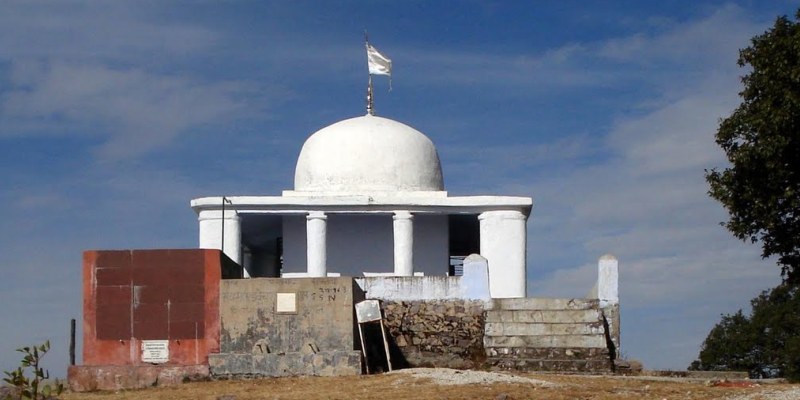 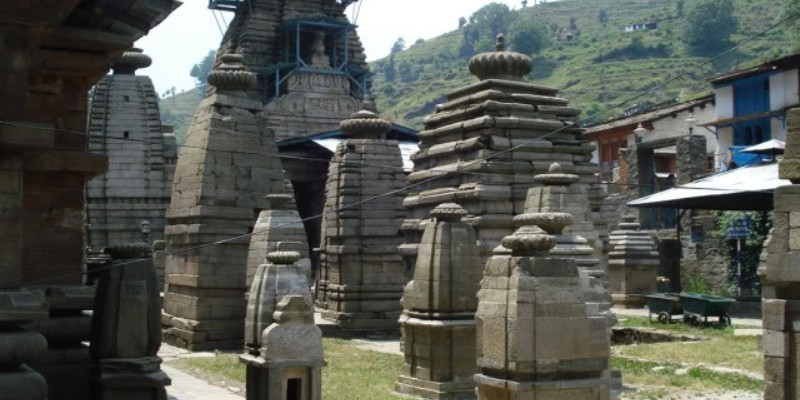 This temple lies 128 km. from Dehradun, and 35 km. from Chakrata on the Mussoorie-Yamunotri road, past Kempty Falls.[3] It is built in North Indian Architectural style, which is common in the hilly regions of Garhwal, Jaunsar and Himachal. The Yamuna River flows alongside Lakhamandal village where the temple is situated. Encircled by the cerulean Himalayan peaks, legend has it that this is the place where Duryodhana, of Mahabharata episode, conspired to burn alive the Pandavas in the Lakshagriha house. Ancient temples of Shiva, the Pandavas are aplenty in this area. Post Kempty Falls, Lakha Mandal is 75kms on the Mussoorie-Yamunotri road. One can drive up to Kuwa and from there you can cross the river Yamuna by motorable bridge. The idols of the bygone era have been preserved by The Archaeological Survey of India.

7 km from Mussoorie on Mussoorie-Dehradun Road near Bhatta Village. Accessible by car or bus up to Bhatta from where the fall is 3 km by foot. A fall with different ponds for bathing and water amusements, ideal place for picnic. Bhatta Falls is located only 7 kms from Mussoorie, on the Mussoorie - Dehradun Highway. One can arrive at Bhatta Falls via car or the taxi service which is available at all times. Besides, the bus ride is equally enchanting. The Bhatta Falls happen to be the second largest falls in the region, and the best time to arrive there is during the day. Don't forget to pack snacks and dessert if you love the idea of having a picnic by the waterfalls!

Mahasu Devta Temple is located on the Tuini-Mori road at Hanol. It is the ancient temple, built in 9th century. The temple is dedicated to Mahasu Devta who is considered to be the sole arbiter, reigning supreme over the innumerable indigenous Indian Gods and Goddesses; and is worshiped by the people of Hanoi and the villages nearby. The temple was constructed in Huna architectural style initially, but, gradually acquired a mixed style. It is included in the Archaeological Survey of India's list of ancient temples in India. Mahasu Devta fair is held every year in August.